Gaelic Football is an epitome of rich culture and history of Ireland. Maybe this is why it is the most celebrated and fanatically followed sport in the country. The exuberant persona of Gaelic Football makes it riveting even for the people who aren’t familiar with the sport. This is why the sport is making its way overseas. Consistently increasing revenue of the Gaelic Athletic Association (GAA) tells the rest of the story. For example, in 2017, the GAA raised its revenue to €65 million.

In this blog, we will discuss everything about fantasy Gaelic Football app development, including, business model, features and development cost.

But before we proceed let’s talk about the fantasy sports market.

Indeed, the stats show the market condition in only two countries. What about fantasy Gaelic football in Ireland?

The answer is simple, the fantasy Gaelic football has made its place among the fans because it takes fans closer to the game and makes them feel a part of it. This is why the fantasy sport is so popular in every famous sport on the globe. Hence, when the market is filled with money and welcoming audience then it is no brainer that it is a profitable business to invest.

The best part about any fantasy sport is that it is not dependent on any region or any kind of sport instead, it is all about enhancing the overall experience of a fan. This is the reason fantasy sports are growing in every region of the world regardless of the sport type. Consequently, it has become a multibillion-dollar industry. So what are the factors that will drive folks towards fantasy Gaelic football?

Fantasy Gaelic football offers and unmatchable immersive experience to the users. As mentioned before when a user is playing this fantasy sport then the game allows the user to be a part of the game. The outcome of the real game now becomes more important to the users. How? We will discuss this in detail in the Business Model later.

No game is a game without its community. Therefore, fantasy Gaelic football app allows users to add friends and family members and play fantasy Gaelic football with them. It is exhilarating because it gets competitive, it is intense because there is a real prize at the end. This is how the fantasy sports app turns out to be a great social sport in pockets of people.

Users love to be in control and do creative things on their own. In the fantasy Gaelic football app, the users play as the managers of their teams and create their own leagues. This is a game that lets users explore endless possibilities and get them rewards for their skills.

As we know so far that fantasy Gaelic football is a great way of bringing people closer to the sport. It is helping those who cannot devote enough to go to the stadium and watch the game. With the help of mobile application Gaelic football is not only reaching in the hands of every fan but also they are being a part of the game. Involvement is increasing and people are getting more interested in Gaelic football and this is how the cultural heritage of Ireland lives on. It all starts with the first sign up to the fantasy Gaelic football app of the user. The sign up can be done with the help of email ID, phone number or social media accounts. Signing up once helps users to sign in easily.

This is the very first screen a user sees after opening the fantasy Gaelic football app. This screen shows every relevant information about the app, games, joined and available leagues, news, and update, etc. The whole navigation of the entire app can be accessed from this screen.

Like discussed before the fantasy Gaelic football app has user profile where they can track their app activities and record as well. This profile also helps users to find and add their friends and family members.

Fantasy Gaelic football is a skill based game and it takes deeper knowledge and understanding to form a team whose players perform the best in the game. To help users with their knowledge and deeper understanding, this feature is introduced. Here the users can check the entire career detail of the Gaelic football players and decide they should keep a certain player in their team or not.

If the users want to challenge their friends in the game, then the fantasy Gaelic football allows them to create their own league in which they can set the number of the participants and they can also manage the type of the points as well.

To maximize the fun and make the fantasy Gaelic football more challenging, this feature helps the users to invite and challenge friends for the game. The additional chat feature takes the fun to a whole new level.

Not always a user is able to watch the live game and analyze the performance of his/her team. In such situations, this feature comes to rescue.  This feature allows users to see the progress of the game at a glance.

This feature makes watching the live game, anytime and anywhere. With this feature, users can watch Gaelic football on the go in their mobile phone or tablets.

It simply makes the Bank to App and app to bank transactions flawless. An e-Wallet integrated within the app is already a smart feature which keeps the transaction secure and swift. Alerts, updates, reminders and many more things can be shown to the users with the help of this push notification feature. Hence, the users do not miss a thing about their game. 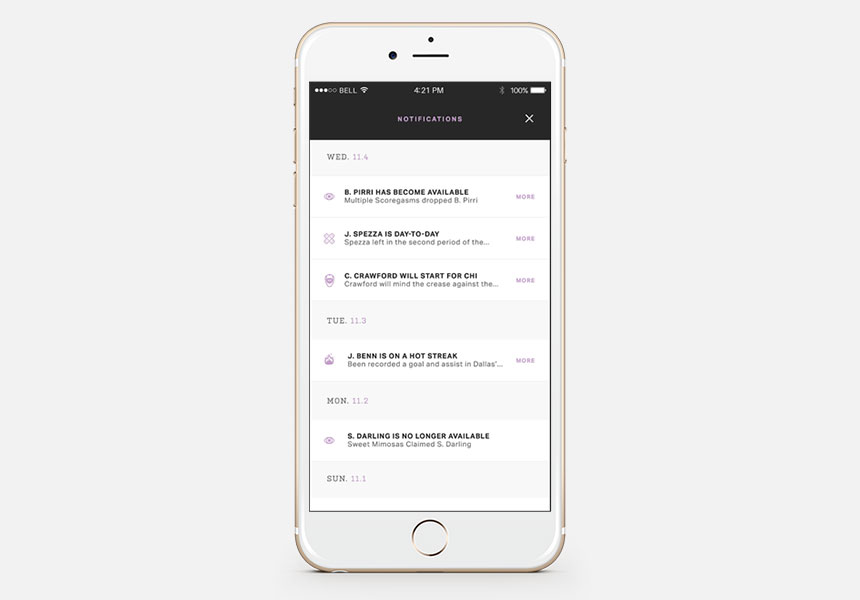 This additional feature helps the users to continuously watch the live game streaming and user another app on their phones or tablets without even stopping the streaming.

The admins are in charge of keeping everything perfect and smooth on the application. They also keep track of every aspect of the application. Here are the features for admins to make their work easy and efficient.

These dashboards of fantasy Gaelic football app helps admins to take a look at any statistic of the app at a glance. The smart sorting option also helps admins in making their work more specific and effortless.

As the name suggests this portal shows all the incoming, outgoing and on-going earning on the application.

This is an essential feature for the admins. They can manage the users by performing actions like adding, removing, suspending or banning the users from the fantasy Gaelic football application.

League management is yet another essential feature for the admins which helps them to manage all active leagues on the application.

The admins can form new reward points and offer for the users and they can also assign and distribute the points the way they decide to do.

CRM helps admins in maintaining a long-lasting relationship with the user by sending them newsletters and regular updates of their performance and offers. It also helps in loyalty programs for users.

All right, these are some of the essential features of a fantasy Gaelic football app. There are many more features, which play crucial roles in making the app hard to get off hands from.

Having tons of features is not enough. The world of technology is evolving like never before and everything is becoming more mobile and more connected. In order to enhance the experience for the user, it is important to walk along with the technology. This is why developing fantasy Gaelic for multiple platforms like Android, iOS, Web, and Wearables helps in making a seamless experience. Imagine, if a user is playing fantasy Gaelic football game on her smartphone. She can check it out on her smartwatch. She can pick up where she left off on her tablet and she can watch the game on her laptop whenever she wants.

This is how one can utilize the connectedness of the technology to enriching the fantasy Gaelic football experience for the users.

So, what do you need to develop an addictive fantasy Gaelic football app?

A team of prominent fantasy sports app developers is all it takes to develop a profitable business model of your vision. All you need to do is find a company or team of experienced and expert fantasy Gaelic football app developers. These professionals will grasp your idea and vision and build you an app that promotes itself by providing an unmatchable experience to your users. Every team will at least have the following members 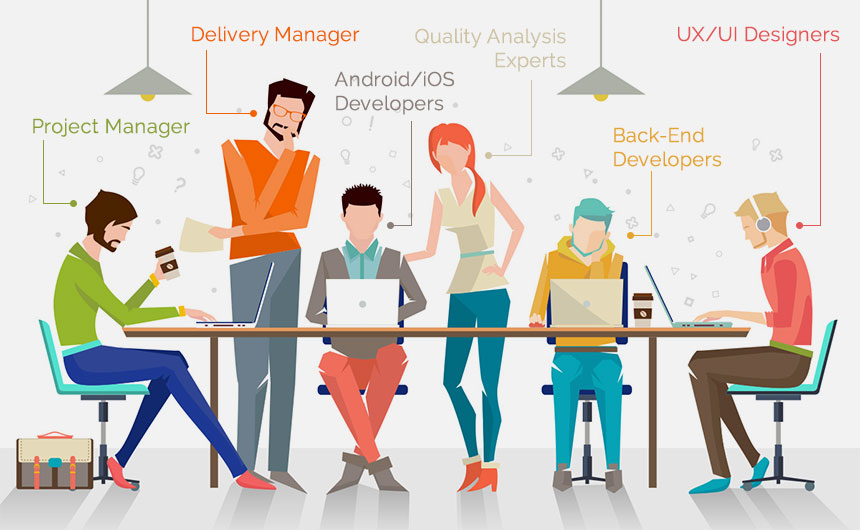 After covering almost every aspect of the fantasy Gaelic app, now are have come down to the revenue model. To be honest, there could be innumerable ways of making money via fantasy Gaelic football app, it all depends on the creativity of the entrepreneur. There are a couple of ways by which other fantasy sports are making millions right now. The number one way is Entry Fees. The users love to pay the entry fees of the league to win cash prizes. The bigger the prize the higher number of participants. Just to give you a glimpse, top fantasy sports app like DraftKings, FanDuel, ESPN, and Yahoo collectively made USD $750 million in the first quarter of 2018. Therefore, the entry fee is the biggest revenue maker for fantasy sports apps. Here are some of the other ways of raising revenue from fantasy Gaelic football app. 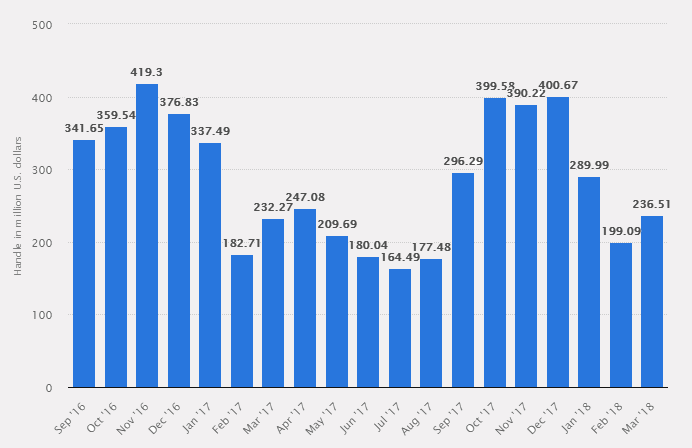 How Much Does It Cost To Develop A Fantasy Gaelic Football app?

Till now we have covered every topic we planned to cover. Now is the time when we should know how much does it exactly cost to get a fantasy Gaelic football app developed?

Answering this question is not as easy as asking it. Because the cost of development is affected by many factors, like region, number of features, number of platforms for which the app is to be built, and many more. The region is probably an important factor because it drastically affects the overall cost. For contrast, if you want to hire a mobile app developer in the USA then the charge is somewhere between USD $150-$250 per hour. However, in India, it is between USD $40-$80 per hour.

Still, let’s try to evaluate the cost of development. Let’s consider the app is being built in India with all essential features then it may cost somewhere between USD $35,000-$50,000. However, the number of additional features and multi-platform development may increase the cost of fantasy Gaelic football app development.