Data has become a fundamental pillar for businesses. It helps them understand their customer’s needs, make better decisions, and improve their relationships with other business partners, among other things.

However, for data to be helpful, it requires to be analyzed. Consequently, companies use relational database management systems (RDMS) such as MySQL and structured languages such as SQL to manage and understand their data.

Both SQL and MySQL are two widely popular and effective management tools. But is one better than the other one? What is the difference between SQL vs. MySQL servers? Which one benefits my business the most?

Let’s look at the main differences between SQL vs. MySQL.

What are MySQL and SQL?

There are different systems and languages used by businesses to manage data. However, among the most popular ones are SQL and MySQL.

While both are reliable tools to manage database systems, what are their key differences?

To understand the differences between SQL vs. MySQL, it’s best to first understand each of them individually.

SQL stands for Structured Query Language. It consists of an interactive and standardized programming language used to retrieve, manage, store, and maintain data in the RDBS.

A common misconception is to think that SQL and SQL Server are the same. The key difference between these two is that SQL is a language for querying databases, and SQL server is a system to manage RDB. Developers or data experts require knowing the programming language to manage the database and create any application or system.

The condition of SQL statements is declarative, and it’s known as SQL Query. Many different SQL clauses can be used when writing the queries to define the purpose of the action. These are some of the most basic and fundamental SQL clauses:

SELECT: extracts data from the database

DELETE: deletes the data from the dataset

INSERT INTO: inserts new data into a database

CREATE TABLE: creates a new table within a database

UPDATE: updates data in a database

FROM: retrieve data from specific columns of a table

WHERE: filter records based on conditions

What can SQL Do?

SQL has a lot of functions, such as:

SQL is popularly used in the Business Intelligence tool. Its importance relies on the fact that many Data tools (like Spark and Impala) highly depend on SQL 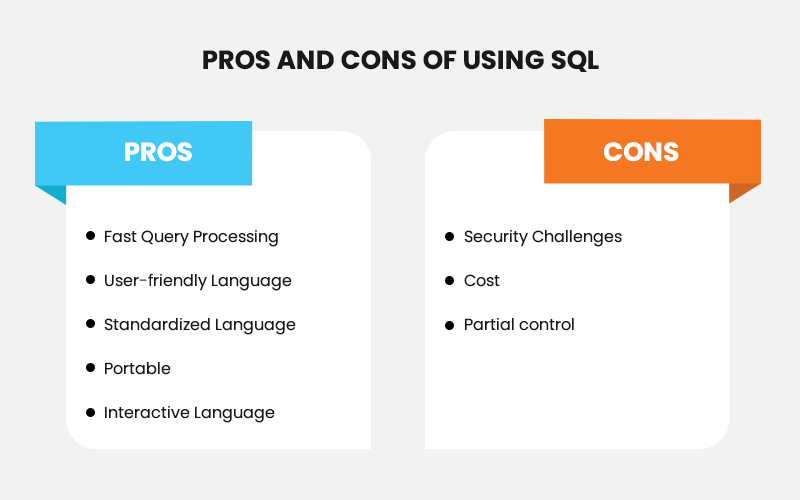 What are the Main Advantages of using SQL?

SQL users can query the database in diverse ways while using English-like statements. It is used on websites for back-end data storage and data processing solutions.

It is the most common database language, mostly suitable for organizations that need to store relational data.

What are the Main Disadvantages of using SQL?

Its Interface: While SQL is easy to understand, it has a difficult interface that makes some users struggle while dealing with the database.

Cost: Some versions are expensive.

Partial control: Programmers do not have complete control over the database. 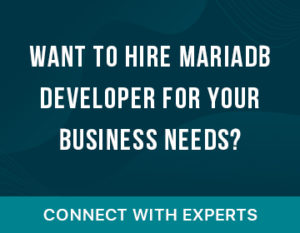 MySQL was developed in 1995, and it was one of the first open-source databases. Currently, despite more than two decades, it’s the most popular relational database management system. It was developed initially by MySQL Ab, which was then purchased by Sun Microsystems, now known as Oracle.

According to Statista, MySQL is the second most popular database management system.

This RDMS was designed and written in C and C+ + programming languages, and it’s compatible with all primary operating systems. It is a core component of a widely popular open-source web app software stack known as the LAMP stack (Linux, Apache, MySQL, PHP/Perl/Python.) 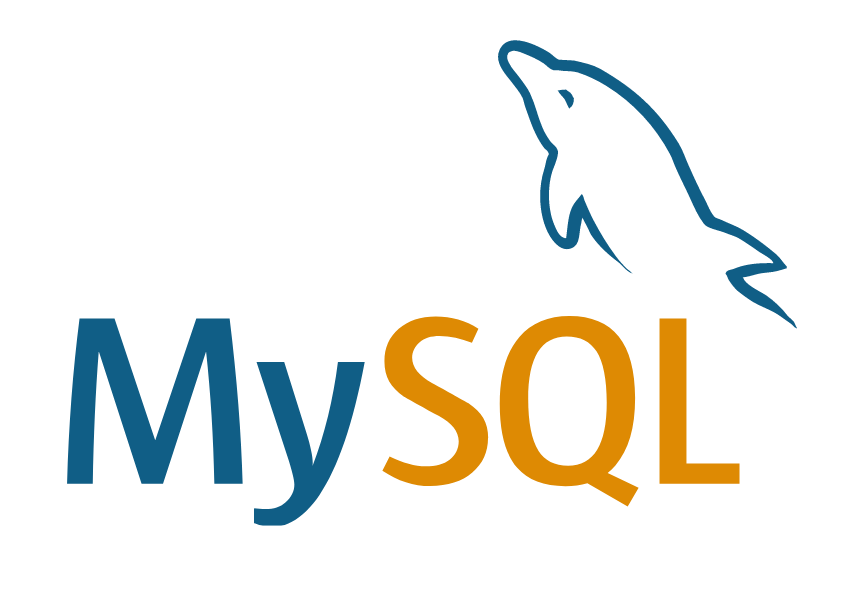 MySQL is categorized as a relational database. This means that your data is broken into multiple separate storage areas, also known as tables, instead of keeping all of them in one storage unit.

This makes it easier for businesses to have all their data organized. For example, if you want to store two types of information such as customers (name, address, details) and orders (purchased products, price, who made the order, etc.).

Instead of having all that data together that can lead to confusion, duplicate data, and overall, no organization, what MySQL does is separate it into different tables. This means that there would be a table just for customers and another just for orders.

What can MySQL Do?

What are the Main Advantages of using MySQL?

However, something to keep in mind is that while MySQL is free to use, Oracle offers different premier services, which need to be purchased through a commercial license. 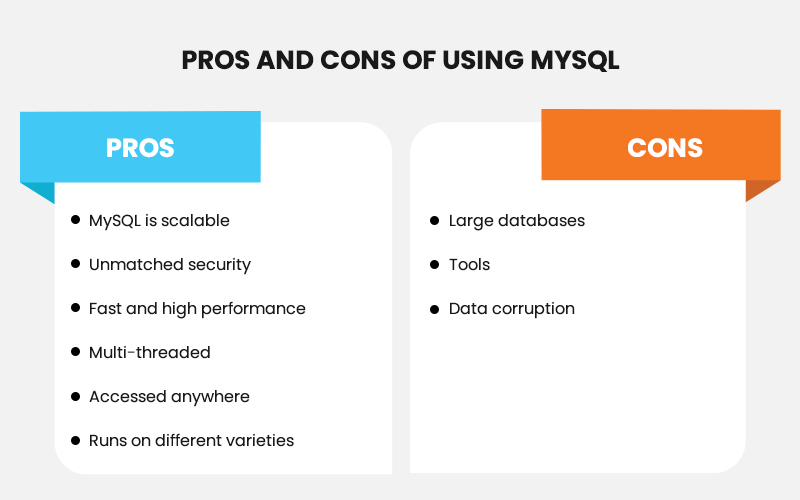 What are the Main Disadvantages of using MySQL?

While MySQL is capable of managing giant databases, sometimes it struggles to handle them efficiently.

Its development and debugging tools are not as efficient as the paid databases ones.

MySQL can be prone to data corruption for its difficulty in handling transactions.

As explained, the core difference between MySQL and SQL is that the first one is a relational database management system that uses SQL, while the second one is a structured query language that manages RDMS.

But if you´re still unsure which one suits your needs, either SQL or MySQL, these are some of the core differences that will help you make the right choice:

As explained, the key difference between SQL and MySQL is that the first one is a query language, and the second one is based on SQL but is a database management system. Other important differences are:

It´s impossible to answer which one is better between MySQL and SQL as they are entirely different things. While both are powerful tools that help organizations and individuals process, manage, and understand their data, their purpose is different.

On the one hand, MySQL is open-source software. And on the other hand, SQL is a programming language.

Both can help you increase your security and high performance, but you need to evaluate your business first to see which one fulfills your needs best. 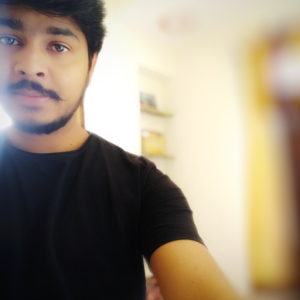