Regression Testing is among the most overlooked aspects of the Software Development Lifecycle, while we put more focus on UI/UX and advanced features, but give lesser attention to regression testing, which may cost you legal issues, additional costs, and even the loss of user base.

What could be the biggest nightmare for a software developer or Application owner?

Imagine a half-baked software upgrade that is not tested adequately is being deployed in your environment, which creates havoc for your enterprise and customers.

While your enterprise may attract a lot of criticism, your app development team may have to invest additional time and effort to identify and resolve the issues at hand.

Well, all this could be avoided if you give adequate significance to Software Testing and follow the best industry practices to mitigate code errors. In our blog we’ll discuss about what is Regression Testing and how developers can perform it to solve software quality issues.

What is Regression Testing?

Regression testing is the procedure of re-testing a software program post making any changes. It analyses and guarantees that the implemented changes should not have any sort of detrimental impact on the live software code and other functionalities.

Regression testing improves the opportunities for identifying bugs caused by application upgrades. It also helps app developers and testers in detecting code flaws at early stages, so that so the cost and efforts to mitigate them remain low.

Regression testing ensures your application functions properly and can offer the intended experience to the users. You can develop and maintain any number of test cases to evaluate the code and identify its loopholes. You can automate regression testing with the help of tools to save effort and time.

Why Regression Testing is so vital?

Regression testing is all about writing test cases for known bugs and then re-running them to identify issues once any changes are made to the code base.

However, with the arrival of agility in software development, there has been a growing emphasis on embracing an iterative process, where we must push the new code quite frequently, which poses the threat of breaking the existing things. It happens when code changes are put together for a single unit and a tester re-run all formerly passed unit tests. You can implement automated unit tests into the code to make the unit testing more effective and efficient.

This testing works when the applications/software specifications are changed frequently, and new test cases are generated repeatedly.

We perform this testing to verify if the code will work perfectly with the changes done in the code. It also verifies if the unit could be integrated with the already existing or unchanged code.

In this testing, the testers re-use and execute all test cases, even if there are no changes have been made to the code. It is time-consuming; hence it is not preferred if a minor update is made to the code.

This testing is performed to uncover unforeseen issues and bugs. It is maintained that the system could be made available to the user once this testing is completed successfully. This is highly preferred if multiple changes have been made to the current code.

To decrease the cost and efforts of retesting the code, the testers can utilize a subset of the existing test cases.

Here we have listed the Top 7 most popular Regression tools, which help you to perform automated regression testing with much ease. These tools not only help you execute the tests rapidly but also save huge time and effort.

It is an end-to-end automation tool that facilitates regression and functional testing. It transforms the processes into simple and easy tasks for software testers.

It provides a plethora of features used for testing automation for web apps and mobile. It is known as one of the top testing tools for cross-platform and browser-based regression testing. It facilitates a seamless cycle of automated test scripts through data-driven tests.

It has established itself as an adequate solution for scaled and diversified quality assurance teams. Selenium is slightly difficult to learn, and that makes it not preferable to the small and mid-size testing teams.

It is famously known as RFT, it is a software testing and automation tool offered by IBM. It could be used to perform a plethora of software testing such as GUI, functional, data-driven testing, regression, and application testing.

It is an open-source test automation tool that is used to measure the test case performance and load the functional test behaviors.

It is equipped with a wide range of testing features such as support for performance and load testing on numerous applications, protocols, devices, or servers. It offers an end-to-end regression test suite for the testers, which caters to all their testing requirements.

It is an open-source library used for web application testing in Ruby. It completely supports and offers a flexible user interface, that helps testers to write, execute, and maintain the test cases with ease.

Watir comes with a wide range of user interaction abilities for web application and web services testing, such as filling out forms, clicking links, and text validation on all modern browsers.

Regression Testing – How to conduct it? The Obsolete test cases could be ones for the forthcoming testing cycles, whereas the Reusable ones must be used for future regression cycles.

In this step, you must estimate and define the time it will take to implement the selected test cases. You must keep the following factors in mind which may impact the test execution time. These factors are test planning by the QAs, test data development, and review of test cases, to name a few.

Here the QA team can decide on the test cases they can automate, based on the exploratory testing they have performed.

Here, the QA team will fetch all the test cases and prioritize them in various categories (high, medium, and low).

Based on this evaluation and categorization, they can execute the higher-urgency test cases initially, followed by medium and low-urgency test cases. The test case urgency depends on the application’s functionality and end-user participation.

In this stage, the QAs sequentially execute the test cases. They evaluate the impact of the changes on the product and check if it is performing the intended functions or not.

You can choose the method of manual or automation testing based on your project needs. To perform automated regression testing, you can use functional tools like QTP, Watir, or Selenium.

As we have explored the fundamental testing nuances, let us cover some industry-wide best practices one must follow to perform effective regression testing.

Regression Testing offers numerous benefits, but it comes with its own set of challenges as well:

It is very important to select a suitable testing methodology when you are planning to perform regression testing.

You may have advanced tools, frameworks, and experienced resources at your disposal, but you may experience challenges if you don’t have an effective testing plan in place. You must devise a well-structured approach to conduct the regression testing.

The code complexity increases as you keep on increasing the number of test cases. When you develop a scaled and enterprise-grade application, you need to create new test cases while having to execute the existing ones as well.

This makes the overall process quite cumbersome, hence it is always advised to keep the code complexity low.

Regression testing is a complex process, and it becomes very time-consuming if you perform it manually.

That’s the reason most organizations are adopting automation tools, however, that comes with a high upfront cost. You must invest in advanced tools and set up a high-end infrastructure, which is a pricey affair.

The triumph of your regression testing process depends on the methodology you adopt to create the test cases suite. To ensure successful app development, you must update the regression suite between every build and release.

It is important to remember every change, as you can perform effective regression testing without that. Hence it is always recommended to ensure your scope covers all the elements.

This blog establishes what is regression testing and how it offers a well-functioning software product that can complement its requirements and user expectations. We can employ various forms of regression testing, that could be conducted at different stages of the testing life cycle.

Regression testing is complex and may require additional resources, but it assures substantial benefits that rationalize the investment, both in terms of cost and time.

Regression testing has been an integral part of an agile development lifecycle, and it is primarily focused on enhancing the output and making the overall process easier for developers and QAs.

Fortunately, we have plenty of top automation tools in the market, which can automate the regression test cases to reduce the overall time and effort. However, you must select a tool that suits your project and business needs. 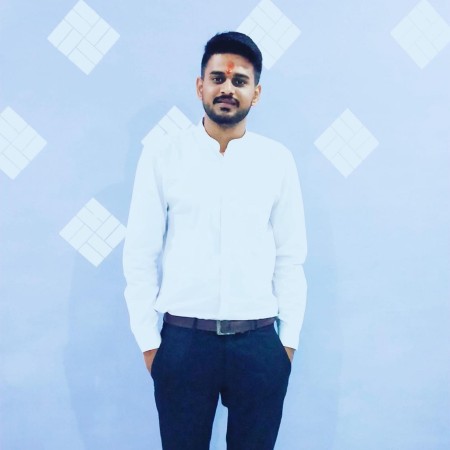 Best JavaScript Frameworks to use in 2023

Why Choose React Native for Your Next Mobile App Development Project?

The unceasing existence of 4G innovation and the start of 5G Wireless is persistently offering mobile users quick access to securing data. This incites the emphasis on certain organizations to […]

Reasons Why You Should Choose Node JS? Features, Pros & Cons

JavaScript has single-handedly transformed the web development paradigm. It is unarguably the widely used and most popular front-end programming language in the world, even after several decades of its launch. […]