“The global fantasy sports market size will grow by USD 7.62 Billion during 2018-2022” said by Technavio in their Global Fantasy Sports Market 2018-2022 research report. Therefore, this statement stands as a substantial proof that how fantasy sport is a potential and the escalating market for both investors and audiences of various kinds of sports like soccer, football, baseball, basketball, and cricket. As a result, fantasy sport has earned more than 59 Million players in only USA and Canada, let alone the rest of the world!

Therefore, Auto Car Race sports is also catching up its pace into the Fantasy Sports industry. In this article, we will discuss the emerging market of fantasy motorsports that is full of business opportunities like fantasy motorsports/auto sports app development, etc.

Talking about the concept, Daily Fantasy Sport (DFS) is a game that fuses fantasy and reality together. In this game, the player makes a team of real players from different teams and gets points according to the performance of those players in the real game. Furthermore, those points or credits can be converted into real money.

Due to the perpetual enthusiasm of sports fans and intuitive gaming experience, fantasy sports is destined to revolutionary growth. The billion-dollar revenue and millions of active players speak for themselves.

Motorsports enthusiasts are in all over the world connecting them with fantasy sports app is an outstanding business investment.

The Approach of Fantasy Sports

Started in the late 1950s in the form of Fantasy Golf and then in 1963 as Fantasy Football League, fantasy sport took a little bit longer time to capture a big market share in the previous century. However, after the digitalization, this sport took off to the higher skies.

Started in 1963, fantasy football is a booming market with an estimated worth of $7 Billion and over 59 Million players across the USA and Canada.

This fantasy sports madness is not just limited to football. Fans of other sports like soccer, hockey, baseball, basketball, and cricket are investing in their favorite sport and playing.

Believe it or not but fan following of motorsports like formula 1 and NASCAR is not less than other sports like NBA. Millions of auto sports fans are there in USA alone; they would love to have something like fantasy sports for fantasy formula 1 and fantasy NASCAR for a whole new experience.

Introduction to the Motorsports Industry

It was 2017 when the global motorsports market was valued at $4.2 Billion. It is expected that the market will continue to grow at 8.43% CAGR during the period of 2018 to 2023 and will eventually cross $6.87 Billion mark by the year 2023. So far the revenue is generated from various ways like advertising, ticketing, sponsorship and merchandising, broadcasting and hosting fees, etc.

These stats only represent Formula One. You can imagine the collective popularity and increasing fan base of other motorsports like NASCAR and IndyCar, etc. Imagine having realistic sports leagues like fantasy formula 1, fantasy NASCAR, Fantasy IndyCar, all of them combined in one app to give a complete experience.

So what’s the point?

The point lies behind the simple observation that the stats say 25% of the overall audience want to watch live streaming of motorsport race and 54% of the fantasy players are aged between 18-34%. Combining both stats gives us a clear picture of a potential engagement of Fantasy Motorsports games for Formula 1, NASCAR, IndyCar, and more motorsports.

The market of motorsports is increasing, all thanks to social media, live streaming services like YouTube and not to forget the manufacturing of affordable laptops and smartphones.

Frank Arthofer, Head of Digital and New Business at Formula 1 said: “Formula 1 is continuously looking for ways to engage with new audiences, particularly in the digital space. Fantasy Sports is an exciting industry and offers us the opportunity to engage with a young and vibrant fan base. We believe in PlayON, its product, leadership, and its strict approach to regulation, only operating real-money games in territories that have a clearly established regulatory framework in place: this enables F1 to enter the daily fantasy market without concern over legality. We believe PlayON’s approach is the right one for long-term success in the industry.”

It would not be an exaggeration if I say that NASCAR has the most genuine and loyal fan base. Here are some of the demographics to show you how large this industry is,

Fan engagement of any sport has risen exponentially after being touched by fantasy sports. To exemplify, NBA bags around $7Billion of revenue every season, now the surprising thing is, the fantasy sports market is also worth about the same in its current state. In addition, sports are achieving the heights of popularity like never before.

This example successfully projects the optimistic vision of collaboration of fantasy sports and motorsports business. If the fantasy sport can walk hand-in-hand with the NBA, making almost the same revenue then it would not be just fantasy to see fantasy sport catching up the motorsport market.

“The investment in PlayOn and optimism of Formula One begs no evidence that where this motorsport is going. The equation is not just limited to Formula One, it also opens the floodgates for all those motorsports investment possibilities.”

When is the right time to invest in Fantasy Sport?

Formula One invested in fantasy sports in 2018 and it was a big green signal to all potential investors. Therefore, NOW is the best time for putting your money in fantasy motorsport. Since the majority uses smartphones to play fantasy sports games then motorsport application for both Android and iOS is essential. However, it would not be a wise option to leave the audience hanging high and dry, that prefers a laptop or desktop to smartphones. Hence, capturing the audience with a web application is a good option too.

A smartphone application and web application both are crucial to giving an interactive and enticing user experience to fantasy motorsport player.

Before we proceed towards the actual fantasy sports app development part, let’s take a short excursion to see what a fantasy sports game is going to look like and how to play it?

What is Fantasy Motorsport?

Since we have some many sports in the motorsport category; let’s understand the concept of Fantasy Motorsport by one particular sport, Formula 1.

Here is how Formula 1 does it

They simply broke down the process of playing into 3 simplified steps and offered it to the audience. This way Fantasy Formula one is making sure to engage the audience in more PLAYING instead of finding MEANS of playing. Let me explain those steps to you,

For a fan, Grand Prix and world championship can be a source of entertainment or just fun; for some enthusiasts, sports is a religion. Therefore, sports must be played safe and clean. To keep it clean, there are rules. No doubts Fantasy Formula 1 has rules of their own.

While you go through the rules you will notice that some of them are fundamentals and can be used in other modes of fantasy Motorsports (Fantasy NASCAR, Fantasy IndyCar) as well. A player needs to pick 5 drivers with one constructor to form one team. It should be under a $100M budget. 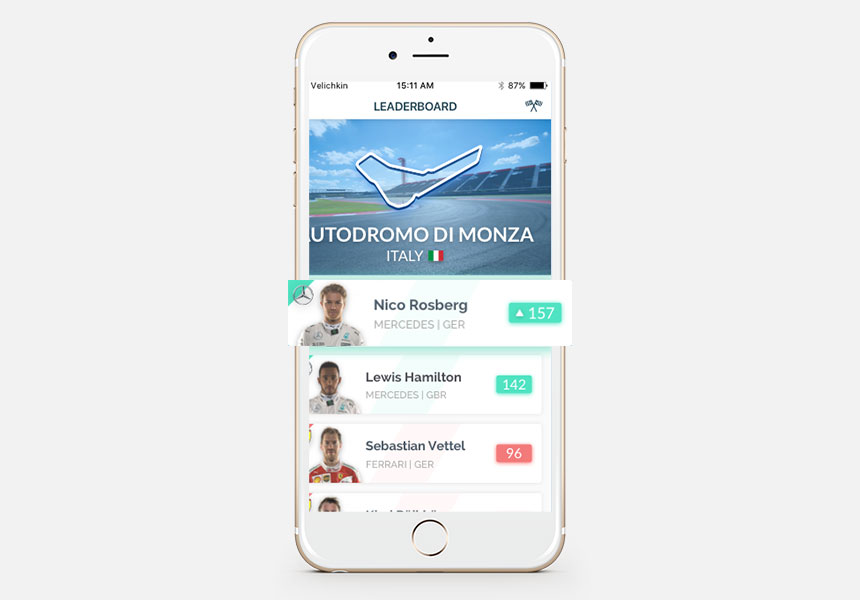 Upcoming Events of Formula One Feature and Functionalities of a Successful Fantasy Motorsport App

Features and functionalities are different for a user and for the admin. Let’s break them down one by one.

Not every user is a fan of installing a dedicated app for playing fantasy sports app in their phone, the reason is obvious, LIMITED SMARTPHONE STORAGE which eventually makes phone slower. Here comes fantasy Motorsports web application for the rescue. These apps are snappier in usage and do not require much of the space. Therefore, your phone won’t feel a thing while running this app without compromising much of the app’s core features. It doesn’t hurt to have options like fantasy motorsport app and fantasy motorsport web application. Great craftsmanship delivers the finest quality product. This applies in application development as well. For building a flawless fantasy motorsport app, you require a fantasy sports app development company that has the complete repertoire required in the process.
Here is the team structure that you will require,

While keeping the fantasy sports app freemium which means, the app itself will not cost anything but the revenue can be earned from following possible ways (can be customized based on user experience)

Hence, the possibilities are unlimited. All it requires is the new and creative ways to attract more players or users to play fantasy motorsport games.

How much does it cost to develop an app for Fantasy Motorsport?

No doubt, fantasy motorsports is a promising investment, which offers not only profit but also a great user engagement. Now coming to the part, how much would it exactly cost to make a robust app that satisfies the users, with experience and you, in output; you know what am I talking about, don’t you?

However, it is crucial to consult the legal authorities before creating fantasy motorsports. Because some of the features may blur out the fine line between fantasy sports and sports betting. In order to have a clear view, you may check this pdf to know more about the legal aspects of fantasy sports in the USA.