Hurling is the fastest field game in the world. Maybe this is what it makes one of the most thrilling sports on the earth. This is why, All-Ireland Hurling Final saved #2 position in a list, “10 Sporting Events You Have To See Live,” by CNN. Hence, coupled with fantasy sport, hurling experience reaches at the cloud nine. Fantasy hurling app is not only a great option for the hurling fans but also for the investors who seek profit from user engagement.

In 2017, the Gaelic Athletic Association (GAA) made €65 million in revenue. We are not sure how much of this revenue came from Hurling but we are sure of one thing, that in Ireland, Hurling is the second most popular sport after Gaelic Football. Therefore, we can speculate a very large chunk from this revenue came from Hurling alone, and we are talking about millions here.

Believe it or not but according to a report from the Fantasy Sports Trade Association (FSTA) in 2017, fantasy sports is $7.22 billion industry in USA and Canada. The fantasy sports make their big bucks mostly from the entry fees. The Eilers Research CEO, Todd Eilers predicts that fantasy sports market will make $14.4 billion from entry fees by the year 2020.

But the question is, how far these stats are relevant to fantasy hurling in Ireland? Let’s shed some light on it.

Even though the stats and figures depict the growing glory of Fantasy Sports in the USA and Canada , but can the facts and figures repeat themselves in Ireland too? The answer is, Yes! Of course, this answer is confusingly straightforward. But we must see that the growth of Fantasy sport is not dependent on the region. Currently, dozens of fantasy sports are being played by millions of users throughout the world. Fantasy hurling is making is also tightening its grip in Ireland as well. Then what are factors that will play a major role in catalytic growth of fantasy hurling in Ireland? Let’s talk about some of the factors. The success of fantasy hurling, like any other fantasy sport, is certain because it does not distract the hurling fan from experiencing the real game of Hurling. On the contrary, it widens the horizon of hurling experience by making a user a part of the game. This gives an immersive and a much closer experience of real Hurling.

If a user is playing fantasy hurling then he/she has the responsibility of an actual manager, like managing team and selecting team players and other tasks. This provides the user authority and user appreciates it. The more control given to users converts into more engagement and it makes a fantasy hurling app hard to put down.

After engagement and authority come the final result, i.e. reward. A fantasy hurling app lets users earn REAL CASH prizes which they can transfer to their bank accounts. This is why a fantasy hurling is not pretty much of fantasy only. It can get as real as a user want it to be.

A fantasy hurling complements the intensity, passion, and thrill of real Hurling game. By making users a part of the game, they feel more connected to the players whom they selected in their fantasy team. Therefore, the users stay up to date with Hurling game and its news and updates.

Furthermore, fantasy hurling does not violate the cultural heritage of Hurling game. Instead, it ensures this heritage lives for forever by keeping it as exciting as always. Fantasy hurling also a chance to include those fans who cannot devote enough time to go see the game live.

Therefore, a fantasy hurling app is going to stay and nurture in Ireland. It will continue to grow and engage more and more hurling fans.

Now that we know that Fantasy Hurling App is a worthy investment, it is time to talk about its Business Model. The users are the target audience of a fantasy hurling app. Therefore, the most exciting features are designed and developed by keeping the interest of the users in mind.

Tapping on the fantasy hurling app icon in the smartphone takes the user straight to this screen. This screen comprises the latest news, updates, alerts, notifications, and navigation to the entire app.

Every user is provided a profile within the fantasy hurling app. This profile will show necessary statistics such as the number of joined leagues, total rewards, a number of games played a number of leagues joined, friends and many more.

Fantasy hurling is a skill based game. And it requires knowledge and a deeper understanding of the game and players to make a team that has maximum winning chances. This feature helps users to know about the Hurling career of the players in detail.

As we have discussed before, users love to have control over things. Therefore, this feature of a fantasy hurling app allows the user to create their own league and add and invite friends and family members.

No game is fun and entertaining without friends, this is why this feature of a fantasy hurling mobile app lets users connect with friends and family members and play fantasy hurling games with them. In addition, users can also chat with their connections and make groups as well. 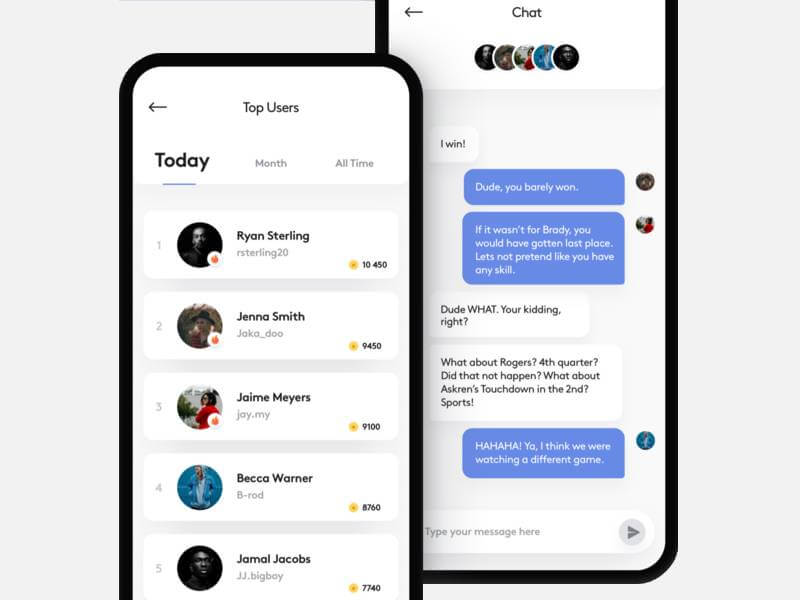 Skills and deeper knowledge not just come from knowing about Pro Hurlers. The fantasy hurling app provides the latest news and updates about Hurling to the users within the app so that they never miss any activity of Hurling world.

Not everyone can watch live Hurling every time it airs. Here the Live Scoreboard features come to rescue. The live scoreboard gives all the essential update to the users at a glance.

Rewards points make the fantasy hurling even more exciting and competitive. For every point scored by team member and winning, the rewards points go to the user’s collection. These reward points can be used to buy in-app items.

e-Wallet in a fantasy hurling app makes bank to app and app to bank transactions seamless and secure. It helps users to transfer cash prize to their bank account without any problem.

Push notifications help users stay up to date with every news, alert and update related to the app, game, joined league, transactions and other crucial things. Push notifications ensure the users never miss any important thing.

Where users have exciting features, admins have smart and handy features, which help them to manage everything on a fantasy hurling app easily and effortlessly.

This feature of fantasy hurling app ensures the admins are able to check relevant statistics without any unnecessary information. Here these dedicated dashboards show exactly what an admin wants to see with proper and smart representation.

This helps admins to check all incoming and outgoing money of a fantasy hurling application. Here admins can also have intelligent sorting options, which ensure specific and accurate information.

An admin of a Fantasy Hurling app has the authority to manage all active/inactive users. The admin can add, remove, suspend for a particular timeframe or league, etc.

Since there could be hundreds or thousands of leagues active at a time, admins require managing them all at once and checking if things are going well.

Actions like assigning rewards, distribution, and conversion come into this feature of a fantasy hurling application.

As the name suggests, this dedicated system allows admins to manage, manipulate, add, and remove entire visible content on the fantasy app.

Facilities that enhance customer relationships are powered by CRM. This management helps admins to send emails and updates and newsletters, etc.

A fantasy hurling app is a huge market in itself. Tens of thousands of transactions are performed at a time. Therefore, the admins need to take care of every transaction that is being performed from app to bank. This feature allows admins to prevent any wrong transaction and potential fraud.

So these are a handful of essential features of fantasy hurling mobile app.

But having features in an app is only a halfway road.  The other half is covered by making this app available on multiple platforms like Android, iOS, Web, and Wearable.

If a user is using a fantasy hurling app on a smartphone and then goes out to travel and wants to use it on a tablet then it should work on it too. Similarly, if the user is walking down the road and needs to check the user wants to take a look at the app on his/her smartwatch then it should work there too. Imagine a scenario where an iPhone user wants to suggest the fantasy hurling app to a friend using an Android smartphone, if the app is available on Android too then it would spread on its own.  If it is not available on all platforms then it would stay where it is for sometimes and then it is likely to fade away from the whole picture. In conclusion, having a fantasy hurling app across all platforms makes sure it reaches everywhere to everyone and ultimately it is the users who define the market.

All right, now who will develop such apps?

An experienced team of prominent and professional fantasy Hurling mobile app developers can build the fantasy app that you want. Your vision, your idea and their deeper understanding of market and user behavior will help in building a successful fantasy hurling app that users will love to play and share. A right team will understand the trajectory of your vision and by incorporating their skills and teamwork they can make your idea and vision come alive. Here are essential members of such teams,

So far we have discussed, the market, business model and features of a fantasy hurling app. It is time when we should discuss how a fantasy hurling app makes money. The number one way such fantasy apps make money is from entry fees. Users love rewards and to earn rewards they pay entry fees to enter leagues that give cash prizes to the winners. For example, famous fantasy apps in the USA and Canada like DraftKings, FanDuel, Yahoo, and ESPN, collectively made $750 million just from entry fees in the first quarter of 2018. Therefore, an app ecosystem has a lot to make money from the top ways are. 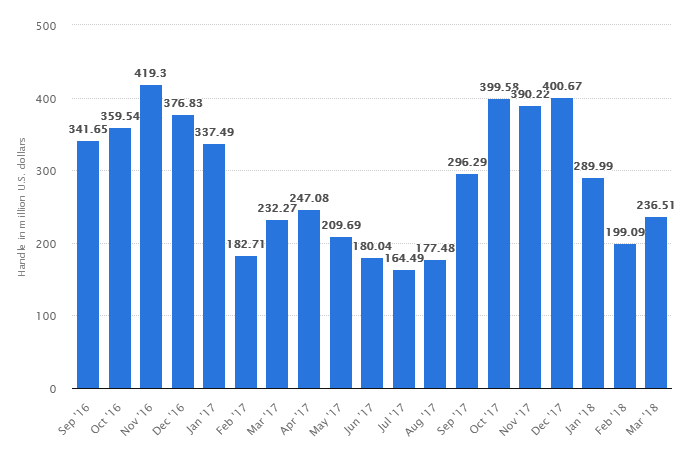 How much does it cost to build a fantasy hurling app?

The answer is as complicated as the question itself. There are various factors that affect the overall cost of a fantasy hurling app development. These factors are region, technology, number of platforms, and number of features. The region is also an important factor because the hourly rate of app development varies from country to country. For example, in the USA, it is $140-$200 per hour and in India, it is $40-$80 per hour. The difference is caused by the economic condition of a particular country.

However, if the fantasy hurling app were being built in India and having essential features then it would cost around $35,000 to $50,000. But it is not a final estimation, the number of features and platforms may affect the overall cost of the app development.