400 million fans around the world and $13.68 billion in revenue in the year 2017. If that’s not enough, take this, 60 million fantasy football players in only US and Canada. NFL is achieving every single milestone that is coming in its way without breaking a sweat. If this is not the right time to invest in fantasy football application then I don’t know what is! On the other hand, according to the Fantasy Sports Trade Association (FSTA) 2017, fantasy sport is a $7.22 billion industry.

To all the investors looking for a stable and profitable business model, fantasy football mobile app could be the flagship revenue-raiser for them. In this blog, I will take you to an excursion of fantasy football app development while covering aspects like its features, development cost, etc.

But before we begin, let’s take a glance where NFL and fantasy football markets stand now and what will be their trajectory for the future.

Out of 400 million football fans, more than half of them are from the USA and Canada. Hence, it is the number one sport in the USA right now. The main reason is the growing popularity of college football. $13.68 billion mark in 2017 itself depicts the incessant growth of the NFL’s revenue. According to the Fortune, the revenue of the NFL is expected to touch $28 billion mark by 2029. In 2017, Commissioner Roger Goodell declared his goal to reach $25 billion bar by 2027. In addition, the fan following of football on NFL social media page is as mind-blowing as it can be. Having 24.4 million followers on Twitter, 14.2 million followers on Instagram and 17.4 million followers on Facebook, NFL is a top sports influencer on social media.

The numbers are absolutely intimidating. The foundation of the football and NFL got solidify over the decades on which this whole market is standing today. No doubt, this foundation will hold the monument of tomorrow.

Why should you invest in Fantasy Football App?

The demographics explain that both fantasy sport and football provide fertile ground to your investment. The market is ready and all you need to do is, introducing a unique fantasy football mobile app for both major platforms – Android and iOS. In the first quarter of 2018, the major fantasy football platform generated revenue of $750 million by just entry fees, let alone other ways of raising revenue. The world of fantasy football app is filled with opportunities and a much larger area of fans is yet to be covered. No doubt, there is tough competition in the market. However, a great number of features drive the marketplace of mobile applications. Not only the numbers but the simplicity of interface and quality and stability of features play huge roles in the success of a mobile application.

Hence, whichever fantasy football mobile app has the coolest features, the wind starts blowing in their sides.
These features are different for users and admins. Let’s talk about some of the important features of a fantasy football app.

The user side of the fantasy football app is the place where the most exciting things are going on. Here is the list of some essential features of the app that make it the most happening.

A singed up user sees this screen right after opening the app. This screen comprises all the necessary shortcuts, football season updates, and news at once place. The navigation menu of the entire app is situated here.

A user who logs in a fantasy football app gets to create a profile in which his/her fantasy football career data is kept. A profile has all the relevant information like total played matches, joined and created leagues, and accumulated rewards.

Since fantasy football is a skill-based game and winning depends only on sports strategies. These strategies come from the in-depth knowledge of players and the game. Hence, this feature provides detailed information about players. This is how users can forge a team of maximum winning chances. This feature of fantasy app allows users to join different fantasy football leagues like Public Leagues, Private Leagues, and Prize or Pro Leagues to participate in the competition.

Users love to take control of their gaming experience. Therefore, this feature allows users to create their own leagues and invite their friends to play with them.

The next step after creating or joining a league is drafting a team. This feature enables users to create their teams. These teams later participate in leagues.

As stated before, to form winning strategies, users need to consume more and more sport information. Therefore, this section keeps users up to date with the latest football news and live updates.

As the real football is on this feature turns out to be a great help. With the help of live scoreboard, users can stay updated with the game on the go.

Since it takes skills to think of strategies and make perfect team, this feature helps users to make modifications in their teams before the season starts.

The users earn reward points if their team player score in a real football match. These points can be used to buy in-app features and abilities to make fantasy football even more exciting.

With the help of this feature, users can buy reward points or they can transfer their cash prizes to their bank accounts. This handy feature makes funds transfer convenient and fast.

The users must never miss a thing about their fantasy football match. Therefore, push notifications to keep the app user updated with league activities, news, and updates, etc.

An admin of fantasy football app requires many management and surveillance tools, which help him/her to manage the overall app that ensures perfect operation of fantasy app.

It is an intuitive and well-managed feature. It comprises detailed and informative dashboards for different categories. These dashboards allow admin to get information about various statistics of the app.

An admin can see how much the app is earning. This features not only give information about the resultant earning but also let an admin know about the spending pattern of users in different time frames.

This feature gives special control to the admins over various Private and Public leagues. This is how admins can check if there are any potential policy violations performed by the users.

Actions like setting cash prize and distribution fall under this feature. Admins can create prize pool leagues, set entry fees, and give prizes to the users according to their winning ranks.

It is powerful and must have featured on a fantasy football app. With the help of this feature, admins can manage and manipulate all visual information on the fantasy app.

An app is all about the experience an app provides to its users. Here, CRM helps a lot by providing a set of vital features like emails, feedback review, customer support and many more.

If a user needs to perform certain app to bank transactions then it is useful for admin to have a track on this action. It provides admins with an extra layer for the prevention of any potential fraud.

Assigning reward points to the scores and how they will be distributed to the user’s team and many more reward-related management capabilities are given to a fantasy football app admin under this feature. 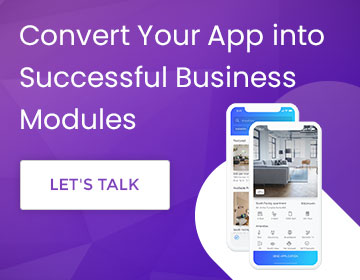 However, an app is not the only way of encircling the football fans out there. Some users prefer web applications. Or sometimes the user may want to play fantasy football on their desktops or laptops. An investor will never leave any way of capturing his/her clients. Therefore, giving an option to play or access fantasy football to the users, on platforms like Web and Smartwatch, does not let users slip out of the ecosystem and switch to another application.
Having an ecosystem of an application across various platforms make users feel connected and synchronized. They no longer feel dependent on particular hardware. This is how you can enhance the experience of fantasy football application.

But all this cannot happen without a reliable and prominent team, can it? What is a team? Maybe a team is a group of people who can understand each other’s ideas and work on them collectively. Likewise, the team of fantasy sports developers you choose, from a company, must be able to grasp your very own idea and vision to offer a smart and efficient business model that will help you to achieve your goal.
Here is a structure of a team of Fantasy football app developers. League Entry Fees: A League entry fee covers the largest part of the overall revenue of a fantasy football app. The largest fantasy football gaming websites like DraftKings, FanDuel, Yahoo, and ESPN raised $750 million in the first quarter of 2018. Fantasy football users love to earn prizes, which motivates them to participate in Pro Leagues that require entry fees. An exciting prize is likely to attract a large number of fantasy users.

Freemium App: According to a survey, an average iPhone user in the USA will spend $88 annually on app purchases in 2020. Even though fantasy football is a free app. Therefore, everyone is allowed to download it for free. However, there are some special functionalities and features within the app may require a certain amount of money. These features and functionalities are there to enhance users’ fantasy football experience. Hence, people spend money to buy them. Therefore, the in-app purchase is a great revenue model.

Brand Promotion: It helps in both ways. The brand promotion will never get old when it comes to attracting masses by increasing brand awareness. But fantasy football app pushes the brand promotion to the next level. By promoting the app itself the brand awareness increases and users help the app to gain more revenue. On the other hand, by providing dedicated space within the app to promote other businesses increases the revenue numbers.

e-Commerce: Global sports merchandise is a market of almost $25 billion. Having an e-commerce section for selling branded and official merchandise to the football fans will help in raising revenue significantly.

How much does it cost to build a fantasy football app?

A fantasy football app is a global business model. And there is no uniformity in global economies. The difference between economies of various countries turns out to be a massive advantage for the investors. Because the development cost of various countries varies from country to country. For example, the hourly development cost in the USA is $160 to $200, while in South Asian countries like India the hourly rate varies somewhere between $20 to $80.

Apart from the region, the number of features and the number of platforms (Android, iOS, Web, and Wearables) for which the fantasy football app is being built are also major factors that affect the cost of development.

However, taking an average, the overall cost of a fantasy football mobile app development may fall somewhere between, $35,000 to $50,000. Do keep in mind that incorporating more advanced features may increase the overall development cost.