We all have known that Java has been most profitable, easy to work, and consistent in the past with the development of mobile application business, mainly android application on play store. However, we always find ways to change things for better and fluid experience in the mobile application. There were former flaws in the Java which are corrected and launched in a new programming language- Kotlin.

With Java, we have learned the aspects of making an application to launching it- with bugs in the program, long lines of code, less security and efficiency. This problem has solved by JetBrains team of programmers based in Russia, and it’s a new language called Kotlin.

Now, since Kotlin development has provided the better features in the mobile app development than that of Java, so it made sure that it would upend the situation- which allowed the Java a primary language in Android Application. This new language provided features such as interoperability with Java, Conciseness, Security, and the most, Android Studio Support, and it was already enough to prove Google its worth and efficiency. In I/O 2017 Developer Conference at Google announced the Kotlin its primary language for android application.

Just after the announcement at Google in 2017 that Kotlin became the official language for Android, and there has been exponential growth for this new language. The companies soon switched to Kotlin for better features and experience in the mobile device environment. In 2018, Kotlin featured in the most used programming language which will eventually define the year.

At least 20 per cent of application which was previously working on Java found them migrated to Kotlin. It provided the security and extra features in-hand. The exponential growth of language has created a surge in the market, and it’s appreciated for its current usage in the Android ecosystem.

As the statistics shown by App Brain, it provides the data that Kotlin has 25.30 per cent of market share among the top applications of 2018, with 40.76 per cent of installs of the present application. The giant companies such as Pivotal, Uber, Pinterest, and Evernote are now using Kotlin for android app development. There would be a surge in the application that would run in this new ecosystem. It’s time to make preferences and get instant success. Developing applications in Kotlin language is a future and rising demand for the new programming language for its ease and interoperability with Java.

In Java language, we have been writing many lines of code to execute the program, whereas we can use only fewer lines of code in Kotlin language for the same program.

It supports many IDEs (Integrated Development Environments) so it is compatible with other IDEs and SDKs such as Android Studio coupled with Developers’ toolkit.

Kotlin is inoperable with Java, so it is easy to get along with it. Java developers can learn this new language and change previous applications underlying language Java to Kotlin.

It is a concise language compared to Java because it can be understood quickly and corrected easily with fewer code lines that it is efficient and takes less time than that of Java.

Even though it is a new language in the market, however, developers and giant companies such as Uber and Evernote are developing their mobile application in Kotlin to benefit from extra features and reliability.

This system urgently reports any issue in the coding itself that would fail. When a problem emerges in the ecosystem of developing an application, the fail-fast system fails immediately. It further makes it inevitable for developers to move forward with the process.

Programs written in Kotlin provide better security than those of written in Java. It is because Kotlin prevents the common mistakes in application design which results in less number of crashes.

A scalable feature is a necessary option when you have a large amount of data that is needed to be aligned and managed efficiently. It can be applied when the number of users is increasing exponentially.

Now, it is a new language in the market while Java has been in existence for years. There are always limitations when we bring anything new into an ecosystem which hasn’t been in it. Kotlin is a new programming language which made way officially in 2017 at Google I/O Developer Conference, but it has been present before it- a fact we shouldn’t overlook. However, it has less community support, in simple language, that there are limited resources to learn the language. It would change over time. Since there are limited resources to learn, so there are fewer developers who are bound to learn this new language regardless.

TOP 10 APPLICATIONS WHICH USE IT AS A LANGUAGE: 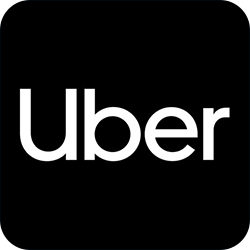 Uber provides ride-sharing services on its mobile application. It also offers ease of transportation from one place to another place with the most interactive and clean interface. It recently started using Kotlin for managing its internal tooling process efficiently. These are some tools as annotation processors and Gradle plugins. Coursera is a well-known platform for learners to educate themselves online from esteemed universities such as Standford and Yale. They have just the notion of mobile devices, that is because they decided to start using Kotlin as language. Kotlin is similar to programming language Swift that uses in iOS development. It results in seamless communication between engineers themselves. 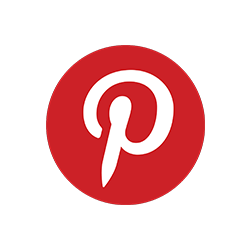 Pinterest is the widely used platform for photo sharing with 100 million downloads from Google Play with an average of 4.6. They just switched to use Kotlin from Java previously used in the development. They also talked about the pros and cons of the production of the application. It might come unexpectedly to a few that Kotlin was also previously used for mobile applications before Google announced its base language for the android apps.

Evernote is an application for taking notes, managing to-do lists, and managing so much more. It incorporated with Kotlin into their android applications to speed up the process and existing features multiple times. With the flexibility provided by the Kotlin, Evernote has added features such handwritten notes scanning, web pages, audio and so much more. It has also increased the efficiency of the application. 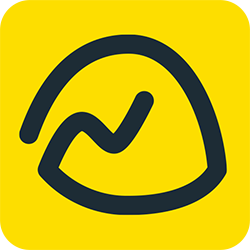 It is an application that helps in managing to grow small businesses. And, It has 100k downloads with an average rating of 4.4 from 2501 reviews. It seems to know the application has positive reviews for its functionality since it started using Kotlin as their primary for overall development. It also resulted in their comfort, speed, quality and overall performance at the workplace. 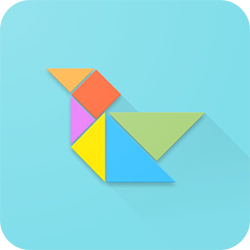 Twidere has a browser for its users that is as similar to the Twitter application or their parent. There are some noticeable features on applications such as unlimited account managements, customizable themes, and much more. This application uses both language- Java and Kotlin. It has also enhanced the twitter experience for its users. 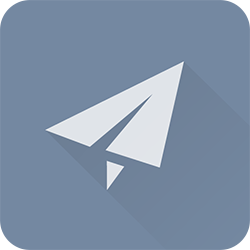 Shadowsocks helps to increase privacy and security while browsing the internet and its services on the android platform. This client is open-source and written in Kotlin language. This application provides an industry level encryption algorithm. It’s widely appreciated app the across Google play store and developers- with 1 million downloads and 4.6 average ratings from 52560 users which is astonishing. 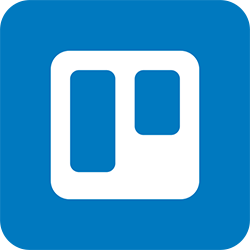 Trello is a project management application which provides efficiency to many big companies for their working and managing process. It chose Kotlin language for its interoperability with Java. And, it’s because they have moved its android application to Kotlin while another code is still the same. It has 10 million downloads on its mobile app with an average rating of 4.5 from 94K users. 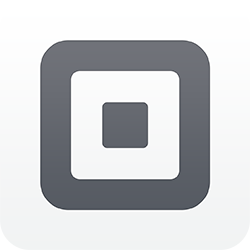 It is the only payment platform which accepted the Kotlin early in 2015 as their primary programming language. It has benefitted everyone in possible ways that benefit everyone. It has nodded to its developers to use Kotlin as its primary language. Since then, everyone is influenced by Square from this effective decision that developers are inclined to use and experiment around Kotlin. 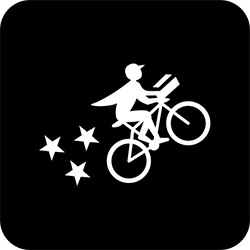 It is a food delivery application which has its mobile app made in Kotlin. Since Kotlin is scalable that the company decided to use on the mobile application. Another feature is the fail-fast mechanism which Google created around the language to make it efficient around coders. So, this application decided to change to the new language, boost the speed and enhance the functionality.

WHAT IS THE COST OF APPLICATION DEVELOPMENT?

In terms of developing a mobile application for the ecosystem as diverse as Android, it takes different factors into practice. Now, we know that Kotlin is a new language and in demand, but there are fewer developers than that of Java because it has come into the market recently. The developers might cost you more because it is worth the value since it will provide a better user experience and increase in downloads. It would also take less time to develop the mobile app and provide flexibility in the system to change it as you prefer.

Apart from that, you would enhance the user experience.

However, there might be a cost of nearly $5000 to $10000 for a mobile-based application which would have features as you have wanted to design and implement it. There would be another cost when you want to advance the existing features and scale your mobile application business. If you have a pre-existing android application in the market, you can also switch the platform for extra features and add the value into the user experience.

WHY ARE WE YOUR BEST CHOICE? :

Since you have acknowledged the benefits of Kotlin language and learn how it can change the existing ecosystem. You are one step away from making a decision that can benefit you and your users in the long run.

You have already known how giant companies are switching their platform to Kotlin for all the features it has to provide in an ecosystem. It has been long since we have been practising the language and implementing real-world problems. From the beginning, we have appreciated Kotlin for its features and how much it has been easy to learn and implement into mobile applications.

You might still wonder why it is now even a decision which you can think later. However, the change is inevitable in this world; you should walk side by side with your competitor rather than watch them succeed before you. Some of us will adopt this new change faster than that of others, but why should it not be you who made the decision first? Why would you want to lag one step behind your competitor? Decide to find a better experience in your mobile application.

There is a probable chance that future mobile applications would choose Kotlin as their language than that of Java. Java is still the most proficient language widely used across nearly every platform. It is necessary to learn about both the language and understand yourself. You might face some problems while changing the platforms that is sure, but you should not back out from the decision.

Now, we have understood well about the Kotlin app development from its concise language to fail-fast system, from scalability in the big applications to reliability during maintenance. In 2018, it made into top programming languages for its accessibility and functionality in the technological aspect concerning another language. There is no denying that we would see more features coming to our doors and fluid nature of the programming language. It is just the beginning.

Kotlin language is exponentially growing in this environment for so many reasons-mainly benefits and influence from big companies. Giant companies as Postmates and Square has accepted the Kotlin as their primary language. Many companies are switching their platform for profits and overall user experience. In no time, we would be using most mobile applications based on it.